To understand Shaolin-Do you need to meet our current Grandmaster, Sin Kwang Thé (pronounced Tay).The son of Chinese parents, Sin Thé was born in Bandung, Indonesia. He began his martial arts training under a sand burn master at the age of 6. When he was 7 years old he began studying under one of Grandmaster Ie’s top students. After proving himself worthy, he then studied under Grandmaster Ie Chang Ming as a private student until Ie Chang Ming retired and passed the title of Grandmaster to Sin Kwang Thé (at the age of 25).

Having learned the entire body of Shaolin weapon, empty hand, animal, and internal styles, Sin Kwang Thé became the youngest Grandmaster in Shaolin history. Any martial arts school is limited by the accumulated body of information available to the student. In Shaolin Do, this body of knowledge is almost limitless, as Grandmaster Thé constantly reveals new forms from the 900-plus Shaolin forms he received. In truth, the students of Shaolin Do are limited only by their level of dedication and perseverance.

The first of the three Grandmasters was born in Fukien in 1849. He came to the world covered with hair from head to toe. His horrified parents, convinced that they had given birth to a demon, abandoned the infant in a forest near the Fukien Temple. A passing monk rescued the newborn and presented him to the Shaolin Masters. The Masters realized that it would be nearly impossible to find a family willing to adopt such a child, so they decided to raise him themselves. They named him Su Kong T’ai Djin.

From childhood on, Su Kong T’ai Djin studied the Shaolin art with exceptional dedication. The Fukien Masters responded to his enthusiasm with a rare variance from Shaolin tradition. Instead of assigning Su Kong’s training to a single Master, as was the practice, each of the Fukien Masters contributed to Su Kong’s martial education. Su Kong was therefore able to complete every branch of Shaolin training, learning and mastering hundreds of forms and disciplines. It was an unparallel achievement. [Usually the 10 Grandmasters of the temple each learnt 1/10th of the Shaolin art].

Su Kong’s knowledge and strong character led to his appointment as the Grandmaster of Fukien. More than once, his exceptional martial skills were needed to fulfill the responsibilities of his position. For example, he once arranged a meeting with 12 Shaolin Masters, representatives of the Shaolin Temples of China. When Grandmaster Su entered the room for the meeting, all the Masters bowed. Instead of returning the bow, Grandmaster Su picked up a knife and threw it up the rafters. An assassin tumbled down from his hiding place, the knife embedded in his heart. Grandmaster Su had heard 13 men breathing where there were only supposed to be 12!

The Fukien Shaolin monks took it upon themselves to protect the Fukienese coast from the raids of Japanese pirates. They were tremendously effective, earning the love and respect of the common people. When word reached the Ch’ing Kwang Hsu Emperor in Peking, at the beginning of the 20th century, trouble brewed. Kwang Hsu saw the Fukien monks as potential rebels with widespread popular support. He secretly dispatched imperial troops, armed with cannons on a mission to destroy the Fukien Temple. He even sent a renegade Shaolin Master, Chi Tao Su, the White Eyebrow Monk, to strengthen the attacking force.

A sympathetic official warned the monks of the impending attack. The Fukien Masters chose a surprising, ingenious solution. They evacuated the Temple, removed all of its valuable artwork and books, and set fire to the temple themselves. They hoped to rebuild the Temple in more favorable times. More favorable times never came.

Grandmaster Su and his disciples retreated into the Fukienese mountains to continue their training. One of the disciples was Ie Chang Ming, the man who would become the second of the three Grandmasters of our lineage. Su Kong died in 1928 at the age of 79.

Ie Chang Ming was born in 1880. He was admitted to the Fukien Temple as a small boy. Like Su Kong, Ie Chang Ming poured all of his time and energy into the martial arts training, especially the Golden Snake style. Tied hand and foot, he could evade spear thrusts by twisting and turning like a snake. He could also wrap his body around a pole climb it, like a snake on a vine.

Grandmaster Ie’s extensive knowledge, sensitivity, and martial skill was complemented by great personal strength and concentration. For example he trained wearing a weight vest (equal to his body weight!), and used an iron staff and Kwan Tao. He also did the Iron Bar posture (stretched out between two wooden benches, with his head on one bench and heels on the other) for 2 hours every night.

One evening, while traveling through the countryside, Grandmaster Ie took a shortcut through what appeared to be an abandoned military encampment. Although the camp was almost deserted, it was not abandoned. A sentry stopped Ie. Soon other sentries appeared, bringing the number of soldiers to 11. They taunted Ie, and became increasingly aggressive. When they ordered him to lick their boots, Ie knew he had to take action. All 11 soldiers were killed in the resulting fight.

A price was put on Ie Chang Ming’s head. He escaped to Indonesia, settling in Bandung, where he eventually established a Shaolin school. It was not easy to become his student; there was a long waiting list and each prospective student had to prove his/her worthiness.

In 1943 a boy named Sin Kwang Thé ·as born in Bandung who would one day become the third Grandmaster of our lineage. His family had several Shaolin ancestors and young Sin was drawn to the martial arts. His father, however, had been injured during martial arts training when he was a young man and opposed his sons wishes. Nonetheless, Sin Kwang’s mother secretly let him out a 4 am each morning, so that he could study the martial arts. He began with sand burn training. Sand burn training is a crude form of toughening the hands by thrusting them into buckets of hot sand.

After 6 months, the sand burn man stopped teaching. Sin Kwang heard about Grandmaster Ie’s school and went to watch. Grandmaster Ie had 80 students practicing empty hand forms, weapons forms and sparring. The 7 year old Sin Kwang asked to join the school, but he was put off with polite excuses. One evening, Grandmaster Ie spilled a bowl of uncooked rice on the training hall floor. He asked Sin Kwang to pick up the rice, grain by grain, and to blow the dust of each grain. He was to find all of the 855 grains that had been in the bowl. It was late at night, and the Shaolin students had all gone home, by the time Sin Kwang was through dusting and counting the rice.

The rice counting was only the first of many tests of determination and character Sin Kwang passed. For the final test, Ie spilled hot tea on the boy and took hold of him, looking deep into his eyes. He saw no anger, only surprise. Sin Kwan Thé as finally accepted as a Shaolin student.

In the beginning, Grandmaster Ie had Sin Kwang do hundred of squats to build up his legs. They were done standing on the edge of a chair, with only the balls of his feet touching the seat. He also had Sin Kwang stand in horse stances for what seemed like an eternity. Next came mastering all 49 postures of the I Ching Ching. Only after these preliminaries were completed, did training in martial techniques begin.

Five years later at the age of 13, Sin Kwang Thé ´ested to Black Belt. For his test, he had to spar 7 other students while blindfolded. He also had to do forms blindfolded. At different times during the forms, boards were held in his path. Since he didn’t know when there would be a board, every strike in every form had to be true.

In 1964, Master Sin was preparing to go to Germany to study engineering and physics. He had added German to the multitude of languages that he could speak. Yet the Berlin crisis altered his plans. By chance however, he met a couple from Lexington, Kentucky who were able to arrange a scholarship in the US for him. Master Sin Kwang Thé £ame to the United States.

Master Sin studied academic subjects with the same dedication that he gave to the Shaolin art. As often as he could, he returned to Indonesia, for the time had finally come for him to learn the Golden Snake Style.

First of all, Master Sin had to learn to move like a snake. Grandmaster Ie tied Master Sin’s wrists to his feet in an arched position similar to the I Chin Ching #35 posture. In this position, he learned to crawl by moving the muscles of his chest alone. Grandmaster Ie also threw Master Sin into the ocean with his hands and feet tied. Master Sin learned to swim by wriggling his body. Only now was he ready to learn the Golden Snake forms.

In 1968 Master Sin’s training was complete. Grandmaster Ie awarded him the 10th Degree and the Grandmaster’s Red Belt. Sin Kwang Thé ¨ad become the youngest Grandmaster in the history of the Shaolin art.

Grandmaster Thé continued his education and was on the verge of completing his Master’s Degree when Ie Chang Ming died at the age of 96. Grandmaster The realized that while there were many engineers and scientists, he was the only Shaolin Grandmaster. He dropped his studies in order to devote all his time to teaching the Shaolin art.

Shaolin Grandmaster Sin Kwang Thé could have returned to Indonesia to resume teaching the art. Instead he chose to stay in the US. This was a bold break in tradition, for in the past only full blooded Chinese had been permitted to learn the Art. Yet when American men and women from all walks of life were able to learn what was once taught to a handful of Chinese monks, it was clear that martial arts excellence dependence on time and effort and not race. There are now several American Masters. 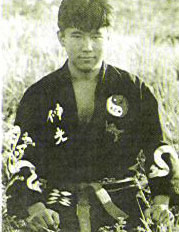 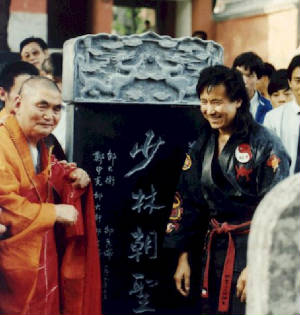 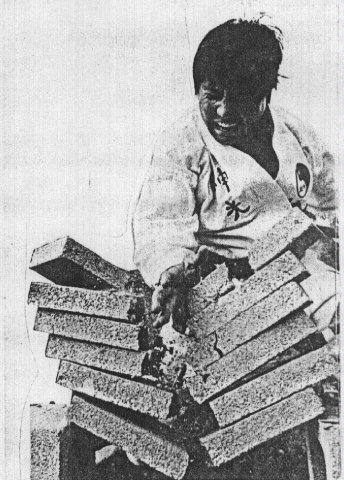 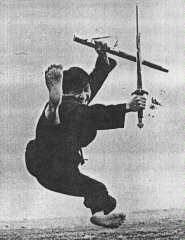